Evangelizing one cup of coffee at a time. 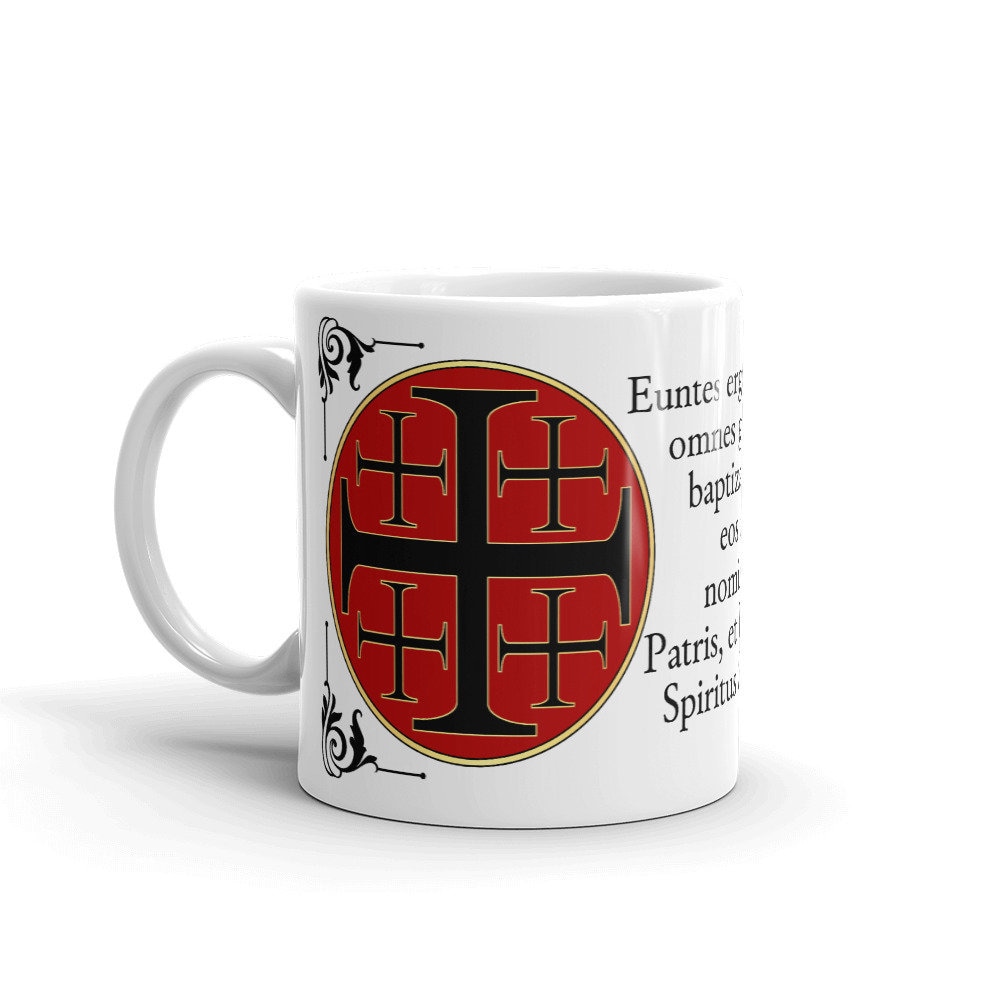 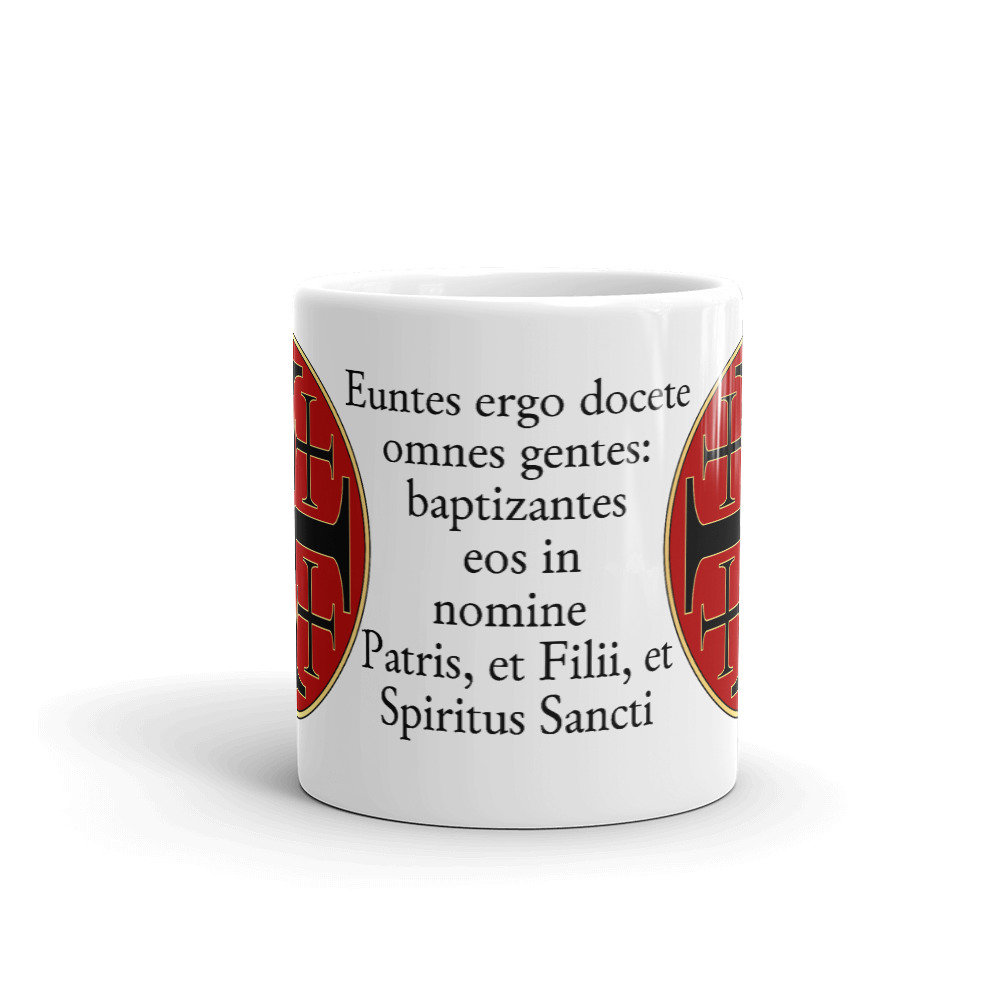 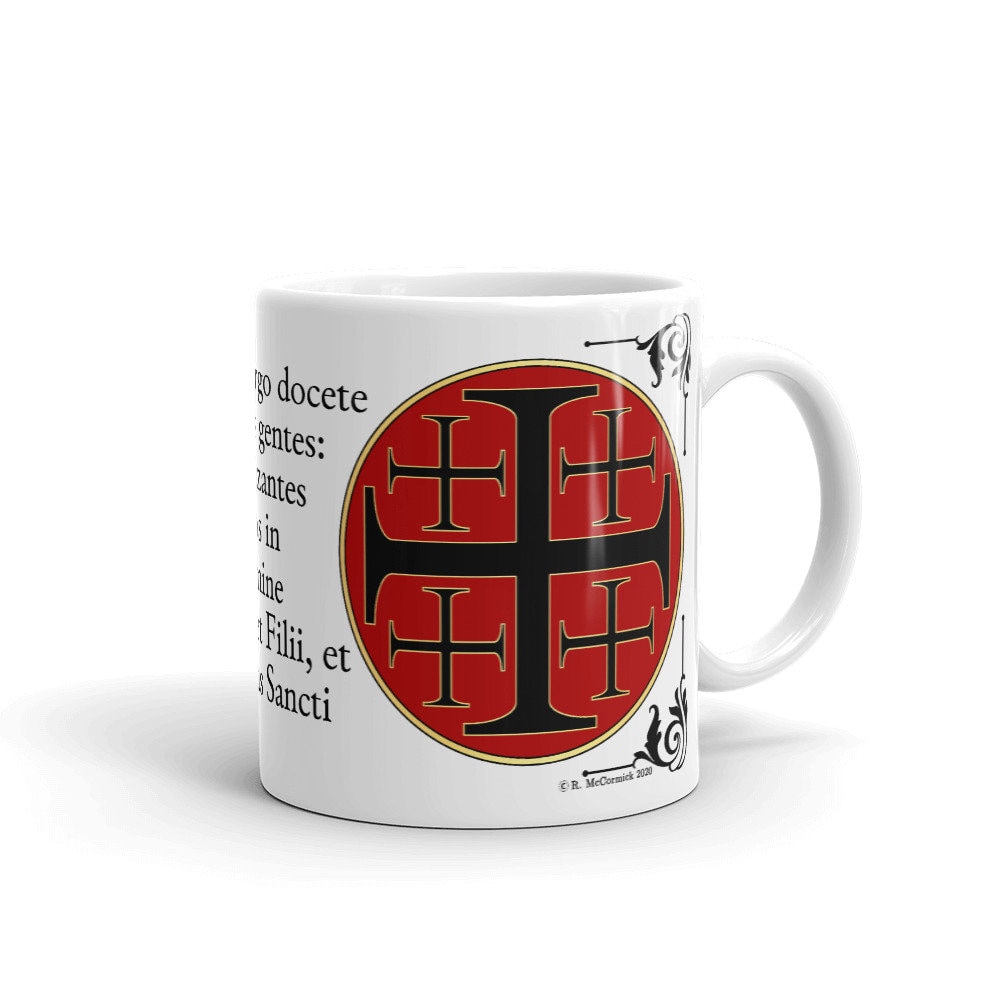 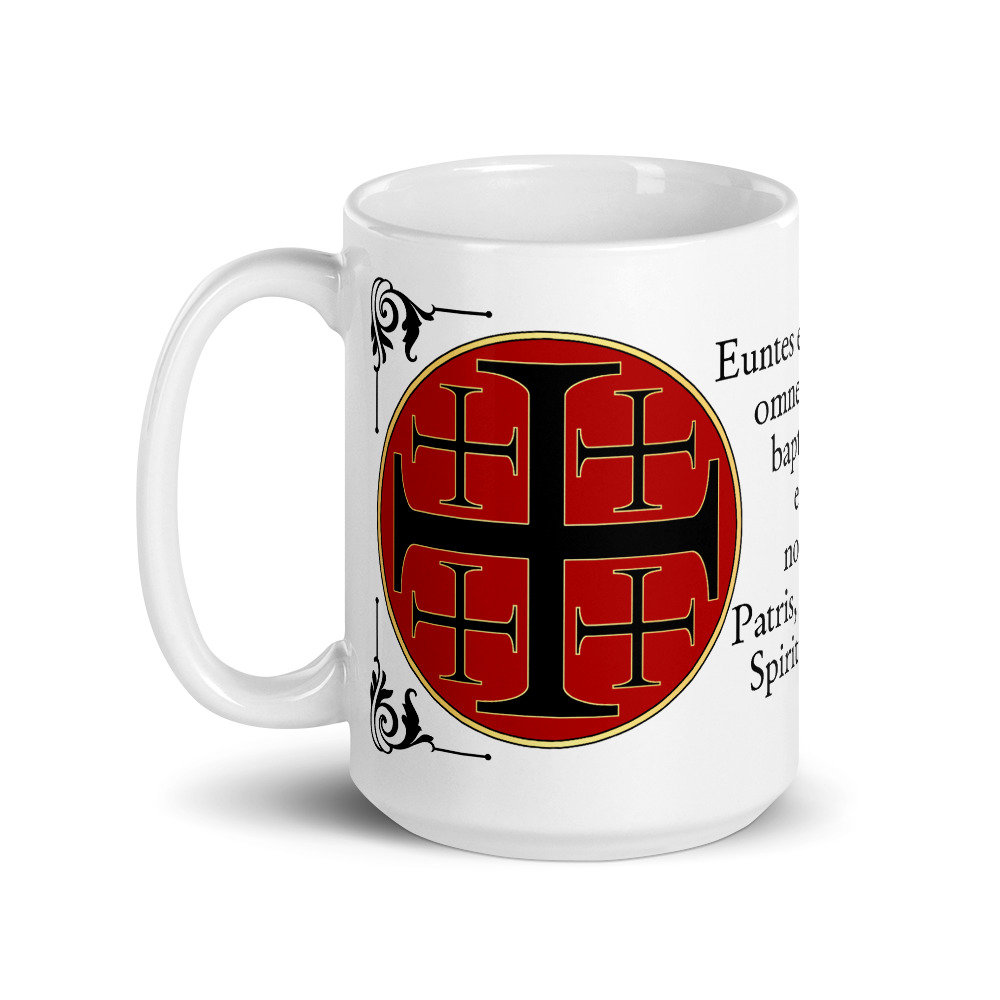 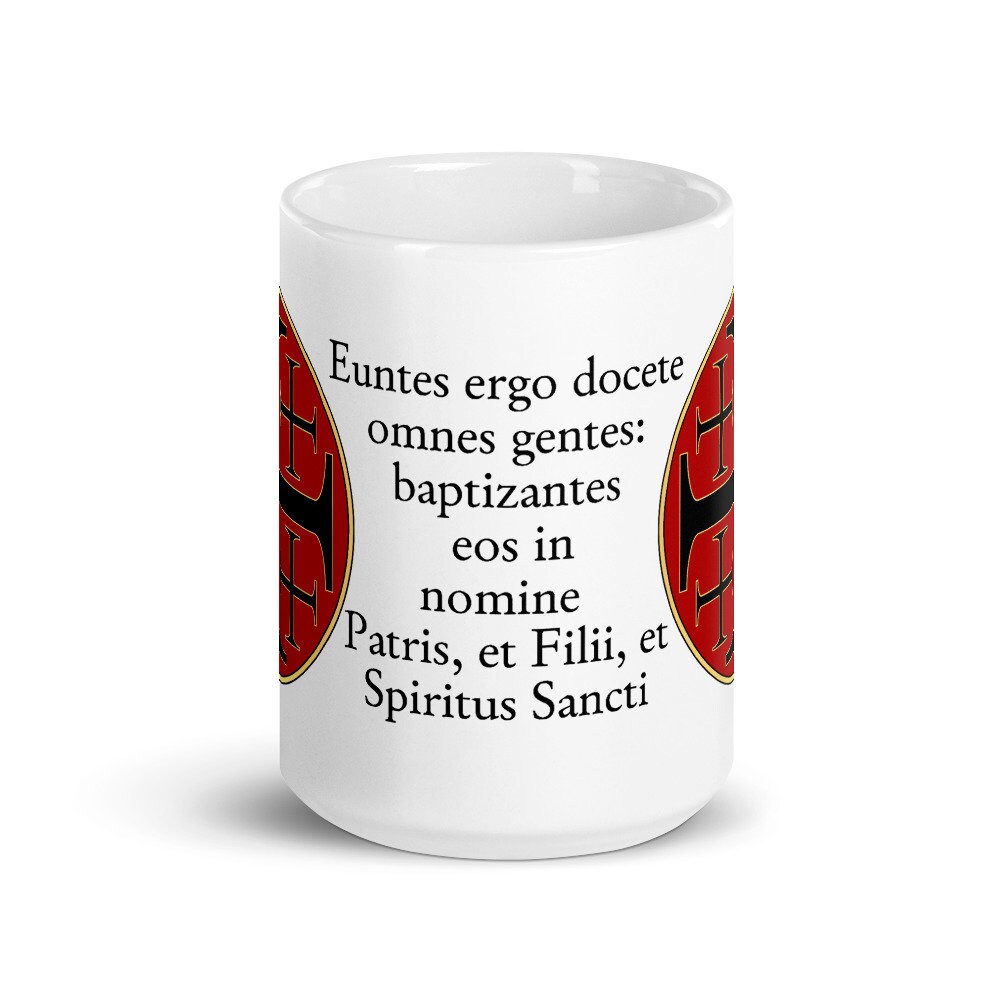 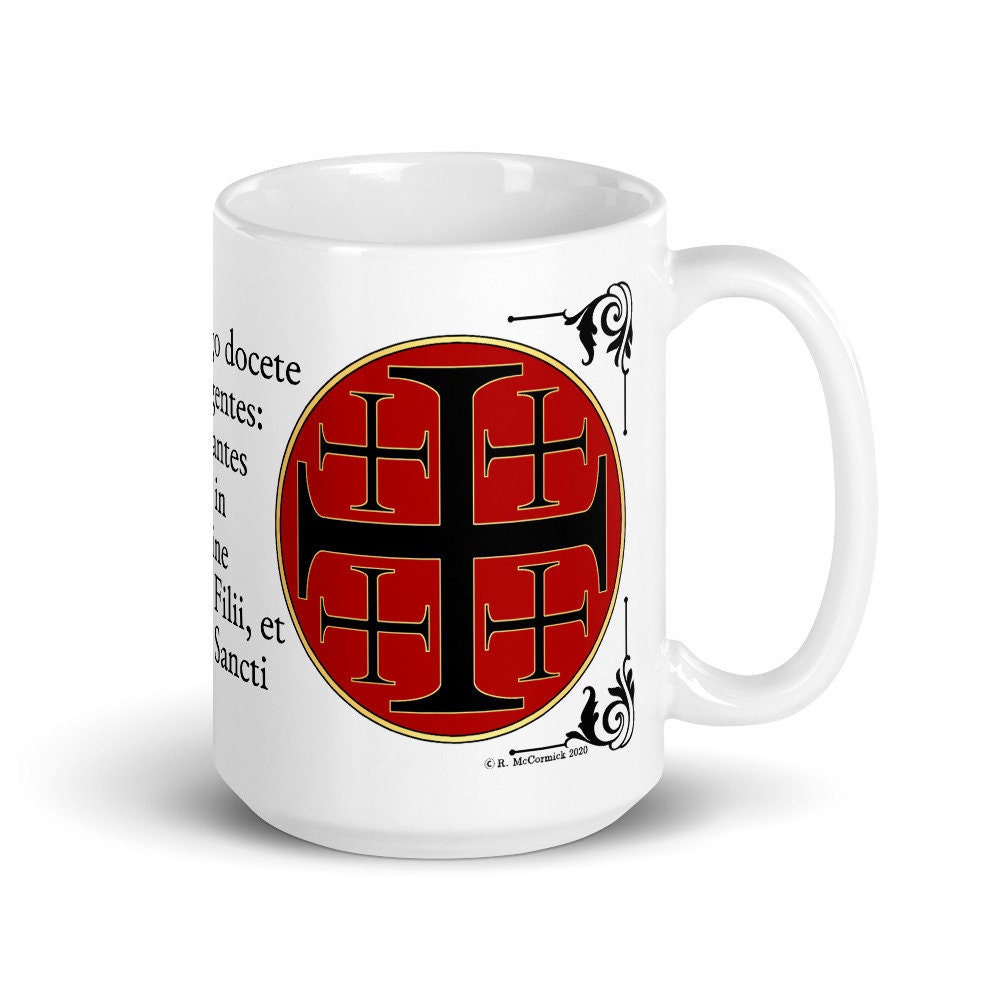 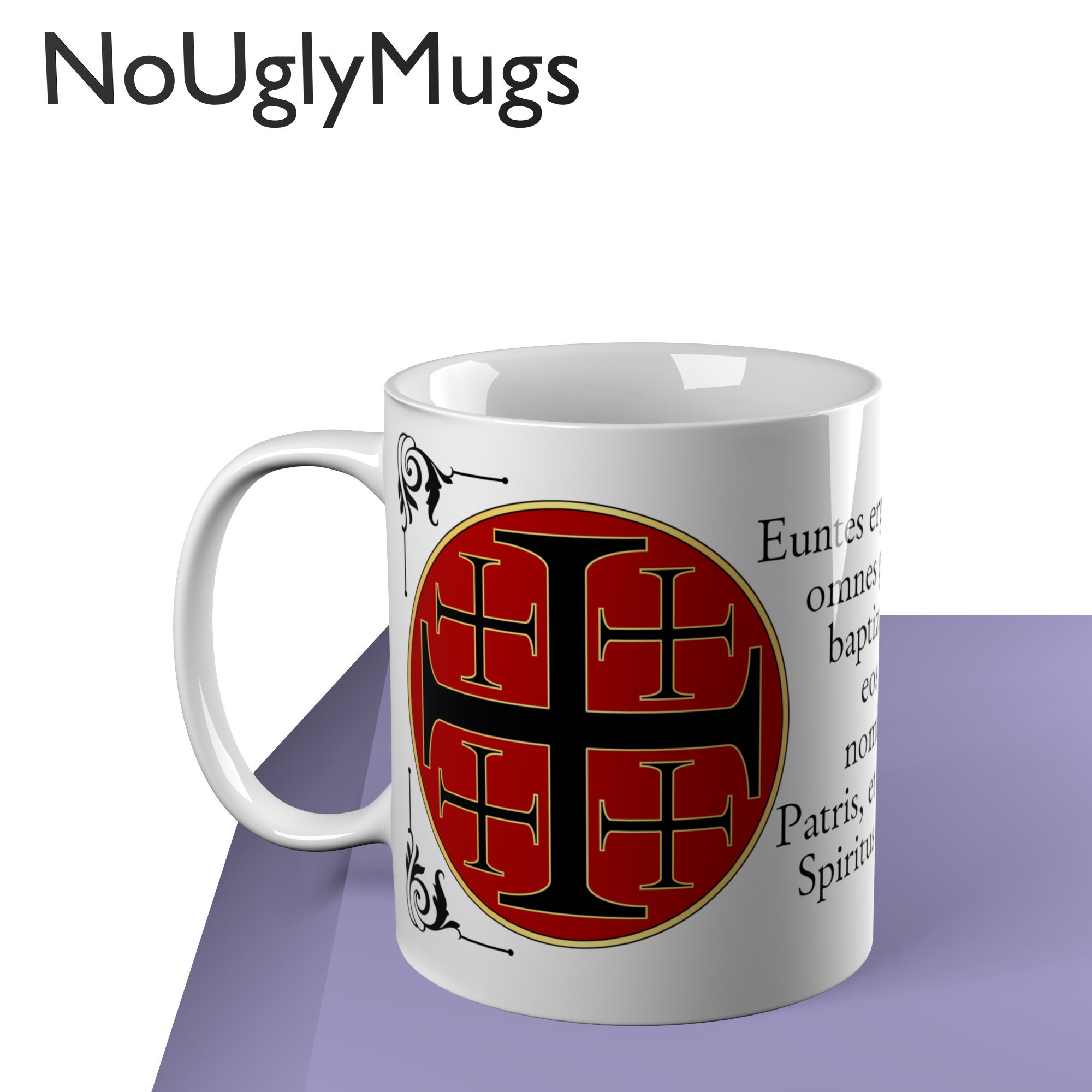 The Jerusalem Cross has several meanings associated with it.

The Jerusalem Cross is also known as the Crusader's Cross. The cross dates back to the 11th and 12th century when the Crusaders captured Jerusalem in 1099, establishing Christianity in the area, which up until that time had been under Muslim control.

This design reminds us to bring the Gospel to the world, complete with Matthew 28:19 in Latin:

"Go, therefore, make disciples of all nations: baptize them in the name of the Father and of the Son and of the Holy Spirit."

I gladly accept returns and exchanges

Ship items back to me within: 30 days of delivery

But please contact me if you have any problems with your order.

The following items can't be returned or exchanged

Because of the nature of these items, unless they arrive damaged or defective, I can't accept returns for:

0 items in your cart